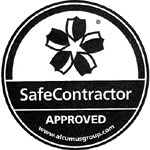 Suppliers Of Quality Welding Equipment & Accessories You Can Trust

January 1st 2020 marked 100 years to the day that Albert Philpott and Henry Cowlin, both former colleagues working for Hans Reynolds Ltd of Manchester, met at 6 St Stephens Chambers in the old commercial quarter in Bristol, and drew up and signed a joint memorandum commencing partnership in the engineering supplies business with nominal capital of £150 (this document remains in the companies archive).

There remains only a handful of companies over 100 years old founded in Bristol who are still trading, we believe we are the only one with links to heavy industry and engineering remaining.

In 1925 the company moved to 76 Victoria St in the Temple area of Bristol, with the aim of offering first class representation for leading British manufacturers of engineering products throughout South Wales and the South West of England. Throughout the dark days of World War 11, the company worked closely with the areas engineering factories involved in the war effort, and shortly after the end of the war an office was opened in Bute St. Cardiff with another following shortly after in Weston- Super -Mare.

During the 1950’s and 60’s the company broadened its base moving into the supply and distribution of machine tools, sheet metal machinery, and welding equipment and consumables, building an impressive list of well respected agencies. The business moved to larger premises in West St. Bedminster in 1958 where it remained for 25 years before further expansion in 1983, separating the welding division into larger premises in Bedminster with a machine tools division based in Avonmouth.

In the early 1980’s the company established itself as leaders in UK welding equipment distribution, with the introduction of the world’s first industrial inverter Tig and Mig welding machines manufactured by Powcon USA and Hitachi Japan, eventually being appointed by Hitachi as sole UK distributors for the unique technology leading Hitachi range of inverter welding machines in 1986. In November 1982 the company merged with Weldmetals Ltd , a Bristol based welding equipment specialist . This strengthened and extended the ability of the business to offer their customers unrivalled expertise and after -sales support, particularly in relation to new technology welding machines.

Philpott & Cowlin Ltd became synonymous in the UK with this innovative equipment throughout the 80’s and 90’s, then into the new millennium, pioneering the massive productivity and weld quality benefits of inverter technology, introducing and supplying most of the leading aerospace and high quality metal fabrication companies in the area throughout this time.

Despite the formidable challenges encountered, including the Great Depression of the 1930’s, WW2 and the Bristol Blitz , and constant periods of recession along with the continued decline of industry in the UK, Philpott & Cowlin Ltd proudly survives, continuing to offer world leading cutting edge technology products, and outstanding service and support to businesses and industry throughout the region.

We would like to take the opportunity on reaching the milestone of our companies 100th anniversary, to thank our longstanding existing customers for the greatly appreciated loyalty and support they have given us over the years, and to welcome new customers whose aim is also to survive and thrive in these continued challenging times.

Click on the images below to view material from our archives.